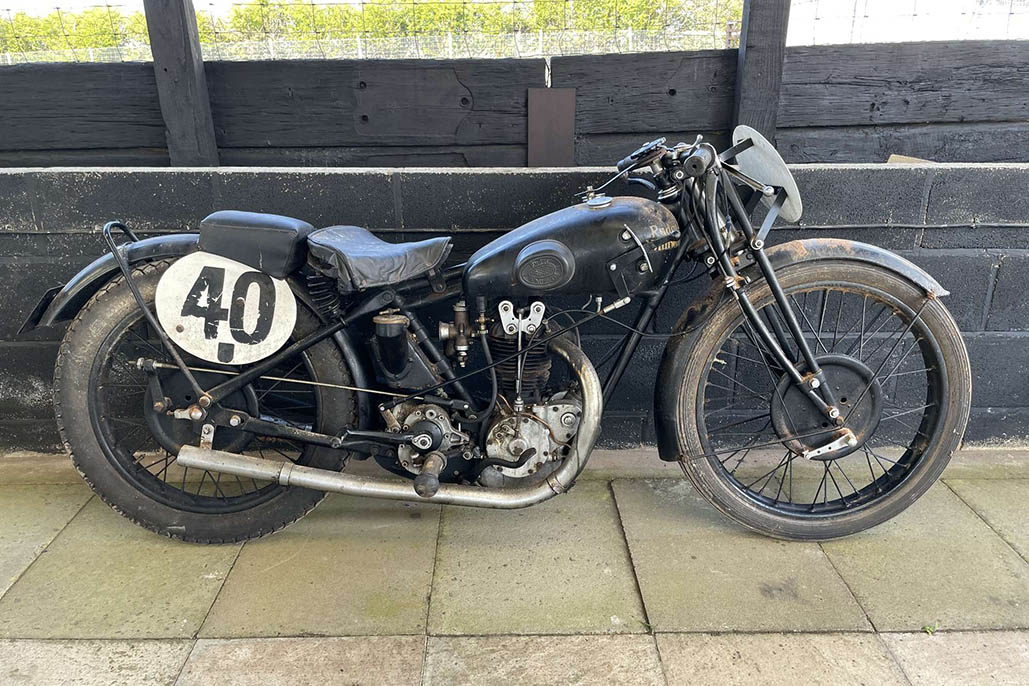 Two bikes belonging to the late 1980’s Award Winning Chef, Simon Morris are heading to Silverstone Auctions May Sale on 22nd May.

Both bikes have been stored at the family home for almost 25 years in of all places, the old dungeon storeroom. Simon, famous for his motorcycling exploits around India and curry recipes, restored these bikes some time back and used them on a regular basis.

The two bikes are 500cc 4 valve 4 speed model, one a 1927 flat tank example and the other 1928 sports special. The 1928 Sports special is mostly unrestored and original and took part in the 1990 Isle of Man TT “Lap of Honour”, press cuttings and programme included. Over the years it has been modified into a ‘Sports Special’ having been off the road for 20+ years and is not a great bike for the track and road and Banbury Run eligible. The 1927 Four Valve is an older restoration and was featured in the July 1989 British Bike Magazine, copy included. This special bike has been stored indoors for some time and its engine still turns with a good compression. Silverstone Auctions are proud to be offering this original, collectable and Banbury Run eligible bike in their next sale.

Mark Bryan, Motorcycle Manager for Silverstone Auctions, added “This is a really unique opportunity to acquire these fascinating bikes with such provenance and to be able to release them from the dungeons. I am excited to see the two bikes go under the hammer on the 22nd May, it is not to be missed!”

Silverstone Auctions are offering in person viewings of the motorcycles from 12th – 21st May at Stoneleigh Park. Viewings require an appointment, and this should be made by calling 01926 691141.

Motorcycle Manager Mark Bryan can be contacted on 07958 107974, by emailing [email protected] or via their website if you would like more information.