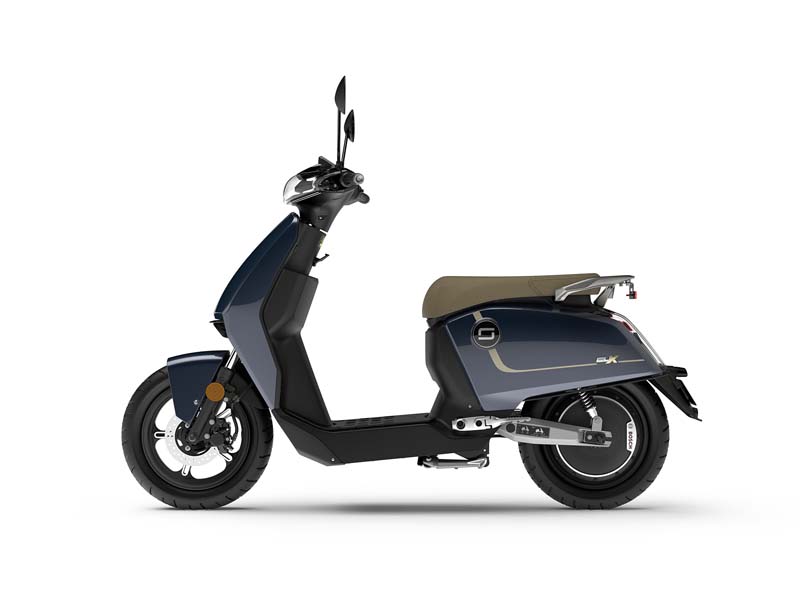 Britain’s most popular electric motorcycle manufacturer Super Soco has unveiled its latest model; a lightweight moped called the CUX. Arriving in dealers in March, the Scooter weighs just 70kg and offers a range of 40 miles.

Launched in the UK in 2017, Super Soco offers urban riders a fast, fun, cost-effective and emission free way to get about town. In 2018, the company became the first electric motorcycle manufacturer to sell over 100 units; securing over 25% of the overall market and over 33% of the L1 Class.

Continuing its expansion, Super Soco is launching two new models in 2019; starting with the CUX moped. Featuring a 60V/30Ah Lithium Battery and a 1.3KW Bosch Motor, the scooter weighs just 70kg and offers a maximum speed of 28mph and a range of 40 miles on one charge. The battery can be fully recharged in under seven hours meaning commuters can ride the machine to work, charge the removable battery and then ride home again.

Unveiled at EICMA last year, the stylish scooter features a carbon structural steel frame which offers less vibration and increased comfort, all-in-one wing-style LED tail lights and has been ergonomically designed to allow riders to easily touch the ground whilst still allowing those over 180cm the room to stretch freely.

Highly energy efficient, the CUX features an intelligent high-brightness dash display whilst the battery management system protects the battery from over-charge and discharge as well as offering over-current protection and short-circuit protection. The CUX will be available in Moonlight White, Ferrarier Red, Starlight Silver and Space Gray and will cost £2,099 (after government grant).

Alongside the CUX, Super Soco’s fastest and most powerful motorcycle to date will be launched in May; the TC Max. With a top speed of over 60mph and acceleration to rival the fastest petrol 125cc bikes, the machine targets a more aggressive rider whilst the removable, 72v and 45Ah lithium-ion battery fully charges in just four and half hours and offers a maximum range of 80 miles. 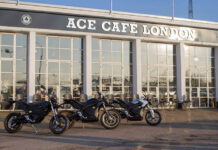 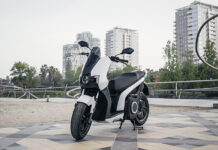 Going Electric Is Easier Than Ever 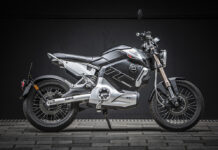 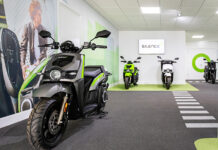 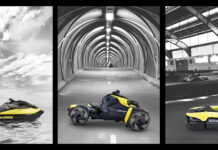 BRP To Introduce Electric Models For Each Of Its Product Lines