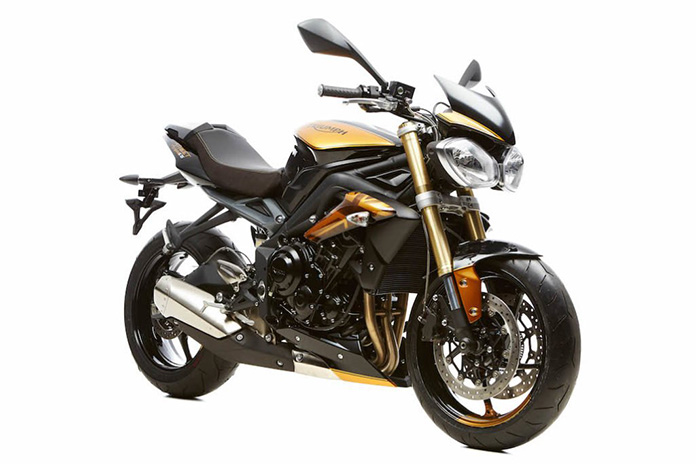 The UK’s leading large-capacity motorcycle manufacturer, Triumph, has unveiled three limited edition models of its Street Triple roadster to celebrate a decade since the bike’s launch. These factory specials have been created in association with custom paint shop 8BALL, which will provide a unique livery on the Street Triple R DARK and the Street Triple Gold and Street Triple Grey.

Featuring a 675cc engine, the Street Triple delivers 106 PS with 68Nm of torque for rapid acceleration. The DARK adopts the full specification of the factory’s well-established Street Triple R. The bike features a dark and moody paint scheme synonymous with previous factory DARK editions, with special effect grind incorporating the Union Flag to both sides of the fuel tank. The top of the tank identifies the series number within the 50 unit production run. This model also features a factory belly pan, fly screen and seat cowl colour matched to the paint scheme, and half Alcantara seat with hand stitching in red.

Both Street Triple Gold and Grey editions feature hand painted wheels colour matched to the machine livery, proudly housing the 10 year anniversary logo. Like the DARK both these versions include half Alcantara seats with colour matched hand stitching.

Triumph UK sales manager, Bruno Tagliaferri, commented: “Special edition models are always well-received by our dealers and customers. The DARK concept adopted by the factory on three previous editions has generated a cult following. Meanwhile the two 10-year anniversary models are a huge tribute to the success of this model in the UK. For each of the models, we have chosen unique colours to help the bike stand out and make them truly individual. Additionally, all of the bikes will come with a signed Triumph factory Certificate of Authenticity – so be quick, they won’t be around for long!” 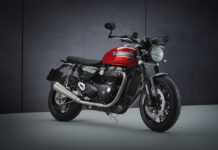 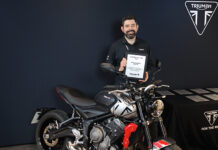 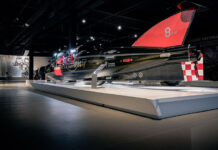 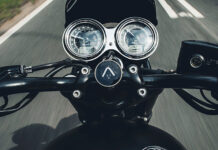 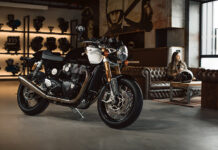 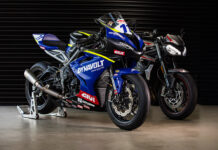