The Repsol Honda rider takes the spoils as drama hits early for Quartararo and Viñales.

Repsol Honda Team’s Alex Marquez managed to avoid the chaos around him to clinch an impressive victory on his MotoGP™ debut in Sunday’s first ever Virtual MotoGP™ Race. The inaugural #StayAtHomeGP was filled with thrills and spills as ten MotoGP™ riders put on a show to bring a little light relief and entertainment to a tougher time for many MotoGP™ fans around the world – with more than twenty households connected up behind-the-scenes to make it a reality.

Petronas Yamaha SRT’s Fabio Quartararo started the race from familiar territory after the Frenchman stormed to pole position in the five-minute qualifying session that preceded the race, a quarter of a second clear of Pramac Racing’s Francesco Bagnaia and over half a second clear of Monster Energy Yamaha MotoGP’s Maverick Viñales, who completed the front row.

It was then drama from the off as the lights went out, with polesitter Quartararo alongside Viñales, Alex Marquez and Bagnaia on the run into San Donato and the holeshot anyon’e guess. It was Quartararo who ultimately emerged ahead but he was clearly too late on the brakes when the front-end of his Yamaha M1 washed out from beneath him, incredibly and unfortunately taking out 2021 teammate Viñales in the process.

Alex Marquez and Bagnaia avoided the incident and were able to break clear, with reigning World Champion Marc Marquez (Repsol Honda Team) settling into third place after an attempted lunge up the inside by Team Suzuki Ecstar’s Joan Mir. Further back, Quartararo was fighting back through the field after his spill, up to fifth after getting the better of Alex Rins (Team Suzuki Ecstar) and Iker Lecuona (Red Bull KTM Tech 3) and the rookie highsiding in spectacular style whilst trying to get back ahead of the Frenchman…

As the leading two crossed the start-finish line at the end of the opening lap there was absolutely nothing between them, having already swapped places, and paint, a good few times. Bagnaia would once again dive past Alex Marquez into Turn 1, but the Spaniard responded immediately after as the Italian ran wide.

Meanwhile, chaos was breaking out behind the leading two. Mir was the first to crash out after getting an almighty shunt from his teammate Rins, of all people, and Quartararo wasn’t too far behind, tucking the front at Turn 1 for the second lap in a row. However, the Frenchman respawned on track… before Aleix Espargaro (Aprilia Racing Team Gresini) then rode straight into him and the pair crashed out, dropping the polesitter even further down the order.

Onto Lap 3 and Alex Marquez was beginning to edge further and further clear of Bagnaia at the front, with the gap starting to stretch to over half a second. The Pramac rider wasn’t throwing in the towel just yet, however. Just behind them, Viñales was recovering well from his earlier incident and had Marc Marquez in his sights after taking advantage of a mistake from Rins to take fourth.

Alas, Viñales then crashed out after braking too late into Correntaio and running into the gravel trap, the factory Yamaha rider visibly annoyed at himself as he slapped his controller in fury. Seconds later though, Marc Marquez would have a crash of his own, allowing Viñales to blast back ahead of the Repsol Honda and into the final podium place.

As the pack filtered through to start the penultimate lap, the podium looked decided but there a battle heating up between Marc Marquez and Quartararo for fourth place. The first MM93 vs FQ20 fight of 2020 would unfold with the Frenchman coming out on top thanks to a move at Casanova-Savelli, despite Marquez throwing everything he had into Arrabbiata 1 as he tried to stop the Yamaha man breaking clear…

Back at the front, Alex Marquez kept his nerve on the final lap to take victory by over seven seconds, joined on the podium by Bagnaia and Viñales. Quartararo ended up fourth, despite setting the fastest lap of the race with his final lap, with Marc Marquez completing the top five. Rins came out on top in the battle of the Suzuki teammates after he took sixth, ahead of Mir in seventh, with Miguel Oliveira (Red Bull KTM Tech 3), Lecuona and Espargaro completing the top ten.

An incredible and historic #StayAtHomeGP had pretty much everything: crashes, clashes and a rookie taking the victory! The good news is we don’t have to wait long for the next Virtual MotoGP™ installment either, with a handful of other premier class stars getting their chance to shine in the coming weeks…

Alex Marquez: “I’m so happy! I knew before the race I wasn’t the fastest one, especially on one lap, so my target was to be as consistent as I could be. I had a good fight with Pecco in the opening laps until he had his crash at Arrabbiata. I want to say thank you to Putut Maulana [Moe27 – an Indonesian MotoGP™ eSport rider], who gave me some setup tips!

“I didn’t pass the tips to Marc because yes he’s my teammate but he’s my rival also! I’m looking forward to doing another race now. I want to do it again, but I want a little more notice! I only had a few days to prepare, so to have a week would be better for next time…” 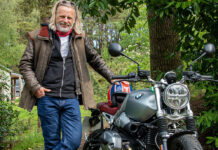 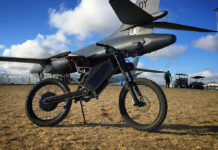 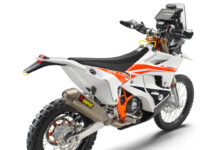 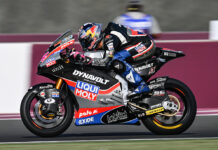