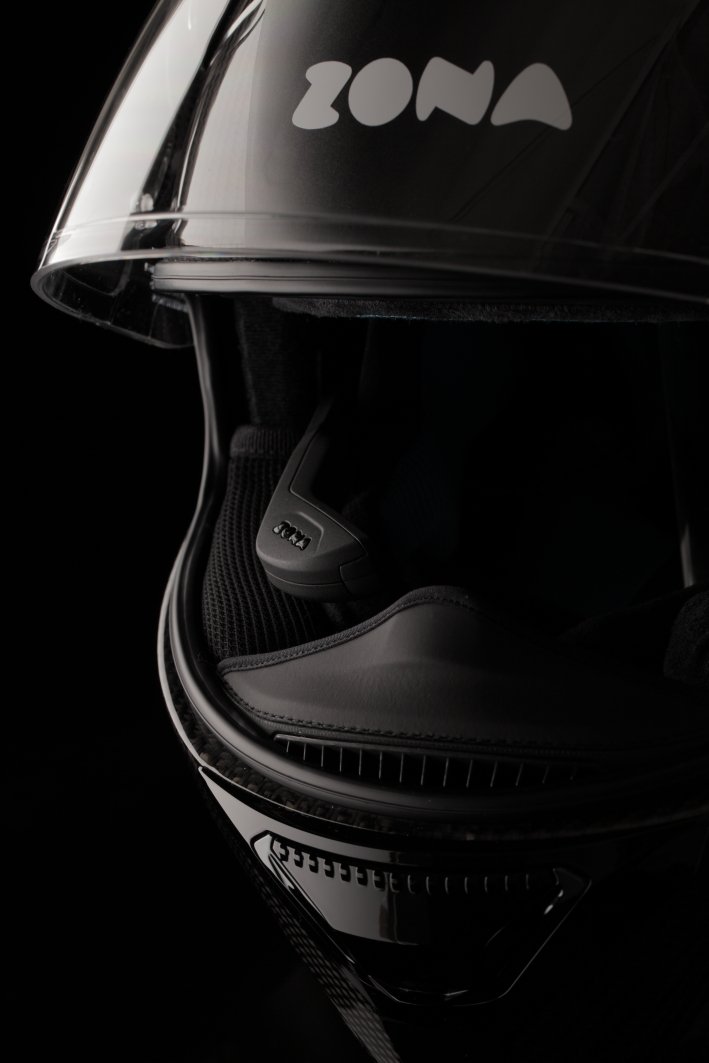 Zona – a new motorcycle wearable tech – developed by a North East-based company is hoping to change the way motorcyclists ride their bikes forever.

Launched at the MCN London Motorcycle Show in February this year the UK start-up has designed a unique solution to the age-old problem of poor rear vision for motorcyclists.

ZONA can be fitted into any helmet and on to any bike and it has been carefully engineered to extend the rider’s view – enhancing the riding experience.

There has been a great response to ZONA after exhibiting at the London, Scottish and Manchester Bike shows. It has been purchased by customers in the UK, Europe and seven other countries and is currently available at a special pre-order price at £195 – £30 off the £225 RRP.

The team have received excellent feedback about the product. In response they are adding an extra feature – loop recording – to Zona at no extra cost ahead of its official release in the summer. So if anyone is shunted from behind they will have video footage to support their insurance claim.

Carl has been influential in developing Zona alongside founder and North East biker John Hale and was at the MCN London Motorcycle Show on the Sunday to talk about the product, which generated even more interest in the new accessory.

Zona is easy to fit and can be used with any motorbike and helmet. It has flexible fitting options to suit individual rider preferences and once fitted it provides a clear wide screen rear view to the rider with a single glance into the in-helmet display.

The rider sees a stabilised full rear view through Zona’s micro display and optics fitted inside the rider’s helmet. It appears to the eye as a 30” flat screen at 3 metres distance from the rider, giving a comfortable focus for the rider’s eye when looking into the helmet-mounted display, and works equally well for riders who wear glasses when riding.

Zona is not only about enhancing the rider’s experience and enjoyment, it’s about keeping them safe too. The product eliminates vulnerable blind spots and automatically adjusts to remove blur giving riders a better view of any potential hazards around them.

Zona’s Intelligent Rear View System becomes a natural extension of the rider’s senses, giving them better awareness of what’s around them and more time to focus on the road ahead, and ride with more enjoyment, freedom and confidence.

John Hale, Founder and CEO of Zona, said: “We’ve been blown away by the fantastic response to ZONA. We were hoping for a positive reaction, and this was even better than we had expected.

“I’ve been riding since I was old enough to get my bike licence. I know that poor rear vision for bikers is a real problem. Not being able to see clearly behind the bike affects us every day. Motorcycling is an experiential activity – it’s all about connecting with the road and enjoying the ride.

“Zona is a revolutionary solution to this problem and will change the way we ride our bikes forever. It helps bikers focus on the road ahead, improving their overall experience by making them feel more comfortable and the ride more enjoyable – that’s what it’s all about.”

Zona has been a real labour of love for John as he initially came up with the idea back in 2003 when he was nearly knocked off his motorbike on his way to work after not being able to see a motorist behind him.

Initial research and designs led him to putting the idea on hold until the correct technology was available. In 2010 John secured £100,000 funding to develop the first prototype to prove the concept of Zona.

Following the concept design and further investment the final prototype was completed in 2016 and the product is now ready to take to market.

Delivery of ZONA begins 30th June and is available at www.zona-store.com at the special pre-order price