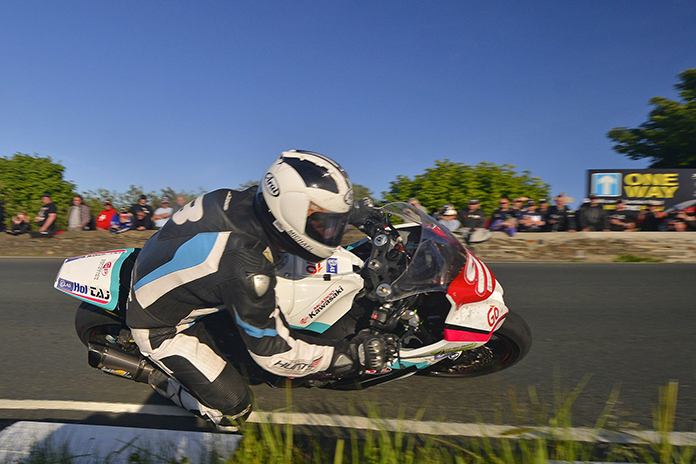 The high-pitched throttle of motorbikes accelerating up the famous hill climb will thrill enthusiasts flocking to this year’s Festival of Speed, presented by Mastercard. The star- studded line-up of bikes and drivers will satisfy all those followers of GP, superbike and TT events.

Special displays include a tribute to the Dunlop motorcycling dynasty- perhaps the most legendary name in two-wheel history.

Forty years since ‘Yer Maun’ Joey Dunlop took his first Isle of Man TT victory, the Festival will not only celebrate Joey, but also his brother Robert and nephews Michael and William. With a grand total of 41 TT wins and 37 North West 200s between the quartet, the Dunlops can lay claim to be THE first family of road racing.

Joey’s final TT-winning bike will no doubt be one of the highlight machines, with Honda bringing the iconic Vimto SP1 from their collection hall in Japan specifically for this year’s FOS. Meanwhile, the National Motorcycle Museum will have a fantastic display of Rotary JPS Nortons, including the bike that Robert took to a trio of wins at the North West 200.

Michael and William will bring the story full circle, with Michael bringing his Superstock Suzuki GSX1000R and William bringing both his Superbike Yamaha R1-M and Supersport Yamaha R6, all fresh from this year’s TT Races.

Also lighting up the Hillclimb direct from the Manx roads include Bruce Anstey aboard the Padgett’s Honda Superbike, James Hillier on his JG Speedfit Kawasaki ZX-10R, Gary Johnson aboard a Triumph Daytona 675 and Dan Kneen, who will be riding a selection of Joey Dunlop machinery in the Dunlop Dynasty Class.

The stars will be coming up the hill thick and fast as Britain’s first ever winner of the Dakar Rally, Sam Sunderland, makes his FOS debut aboard his KTM Dakar machine, while motorcycle legend Giacomo Agostini will be back in action on an MVAgusta.

Honda will also be out in force, celebrating 25 years of the Fireblade, which will see current Honda BTCC stars Matt Neal and Gordon Shedden take the current British Superbike Honda CBR1000RR up the hill, alongside Jenny Tinmouth on her #DareToBeDifferent-liveried sister machine.

There will be plenty for two-wheel fans to feast their eyes upon, including a selection of Brooklands bikes on-show to tie in with the 110th anniversary of the Surrey circuit; mighty Formula 750 steeds; BMW’s brand new 212bhp HP4 RACE